I thought statues of Original Gundam and Unicorn Gundam were surprising enough. However amazing people were planning even greater Gundam statue. When I saw a video of it, I thought it was a 3D animation. But those guys are serious.

What they have are the moving Gundam and Gundam Front Yokohama shop. That’s it. But if you are a big fan of Gundam you’ve gotta go.

Here is a making video. Japanese only.

Probably you see these bamboo trees with colorful slips of paper a lot of these in Japan now.These are for Tanab...

It's usually not a good idea to buy a day pass in Tokyo unless you make a very organized itinerary. Each train and subwa...

When is the best season to see Mt.Fuji?

Winter is the best season to see it in a distance. However, you can't go up to the 5th station.In summer you can go all ...

Tokyo Tower was built in 1958 as telecommunication tower for TV and radio. It is standing a small hill. Tokyo area is b...

Visit Japan Campaign promotes inbound tourism of Japan. Basically this is planned by Tourism Agency of Japan. October is...

Once in summer, full scale GUNDOM was built in Odaiba. It was just a temporally and was moved to Bandai factory in Shiz...
Sponsored links
Free guide option
Restaurants in Ginza
Home
Tourism info 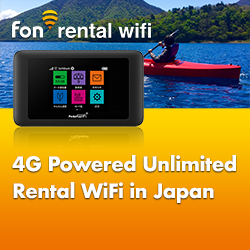